Caryl Henry-Alexander
Visual artist, Social Justice activist, educator and traveler, UU. For 25 years I have offered visual arts projects in communities with a focus on creative literacy, community collaboration and arts integrated curriculum. Our projects have been successful in schools with grades 3-12 and with multi generational, multicultural and interfaith communities in diverse settings. 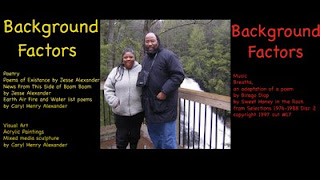 “Background Factors” is a multimedia artwork created by Visual Artist Caryl Henry Alexander and Poet Jesse Alexander. The video piece interweaves paintings, poetry, music, photos, and sculpture. It examines the complex of social and cultural forces affecting the nature of an individual or community’s environment.

For the last month we have been hatching ideas for the exhibition “Chicago Calling” at Chicago’s Little Black Pearl Art Center. Our idea was to compose a short video that would be sandwiched between our live stream conversation with attendees at the gallery this past Friday night.

Big Up to Chicago based artist and organizer Alpha Bruton who invited us to participate in the show! Special thanks to Jeff Harrigfeld, tech dude extraordinaire. The result is a uniquely blended presentation of our individual creative works and collective perspectives.

Below you will find the Press Release and the exhibition announcement. 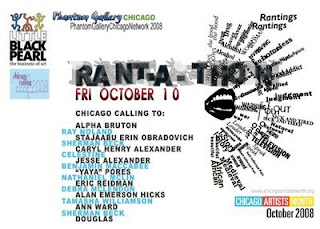 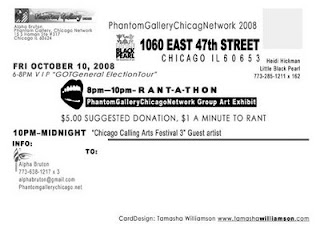 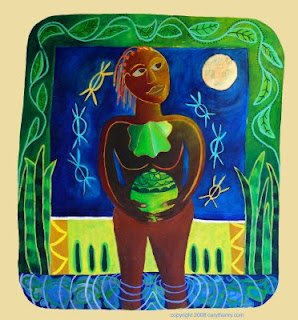 Perserverance Acrylic on Canvas
GOOD NEWS!
"Perserverance" from my new series of mixed media paintings and sculptures will be exhibited in ArtMD 2008. October 31st to December 12th

The exhibition is in the gallery at:

The exhibition takes place from October 31st to December 12th 2008.
The reception will be held on December 5th 6-9pm and includes a gallery talk by Dr Leslie King Hammond, professor emeritus at MICA. Check her out.
http://www.mica.edu/FACULTY_DIRECTORY/index.cfm?faculty_id=198
Posted by Caryl Henry-Alexander at 1:19 PM No comments: